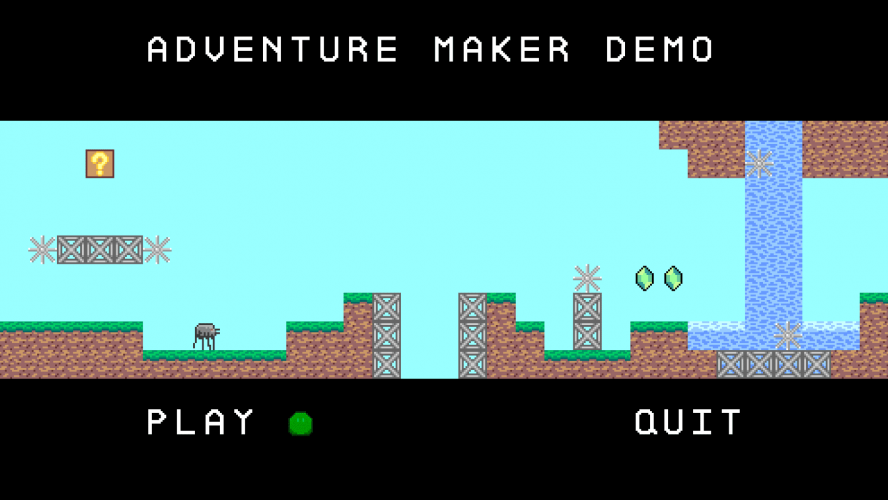 Customizable title screens are now supported in Adventure Maker v.1.4 for BYOND Dream Maker! But this just scratches the surface of the new features!

Adventure Maker is now known as Woo Engine, and a newer version is available!

This update marks another increase in the scope of the project. Basically, this project now will encompass my entire engine for making BYOND games, in an easy to use, no coding required format. Just make your own map and publish!

This project used to be just for making platformer games, but now it has been renamed as Adventure Maker, and is planned to support both platformers as well as adventure RPGs. Bear with me, platformer lovers! This makes more sense than it may at first seem. Let me explain.

Using areas, you can determine the type of movement that is possible. Platformer movement is available, as well as the movement code for adventure RPGs (added from my Gap-Nudge Movement library). You can in fact paint areas to be platformer movement, and areas to be top-down roaming, not to mention the menu/title areas. Some of the main uses for having multiple movement mechanics in the same game would be to allow for various types of level selection. There can now be an overworld map that uses one type of movement, with levels that use their own type. This is vital to creating an experience common to many platformers, in which level selection is often done from a top-down view (think Mario 3, Super Mario World, Kirby Star Allies, etc). This feature has also been used occasionally in adventure RPGs that have both top-down sections and areas with platforming (such as certain Zelda titles). Now, just by painting an area, you can select the type of movement for a map. In fact, a single map may even have multiple movement types, just by painting part of it with one area, and part with another area.

There is also a new fun turf for platforming: spikes! Bumping into them will cause a decrease in health, and similar to attacks from enemies, can result in returning to the title screen.

This project continues to be a work in progress, made possible by you! Thank you for your support as patrons!

As mentioned in my previous message, I will need to take a break from Patreon (and YouTube) for most of summer 2018, to complete a test that is vital for my career. I look forward to being back in the fall! 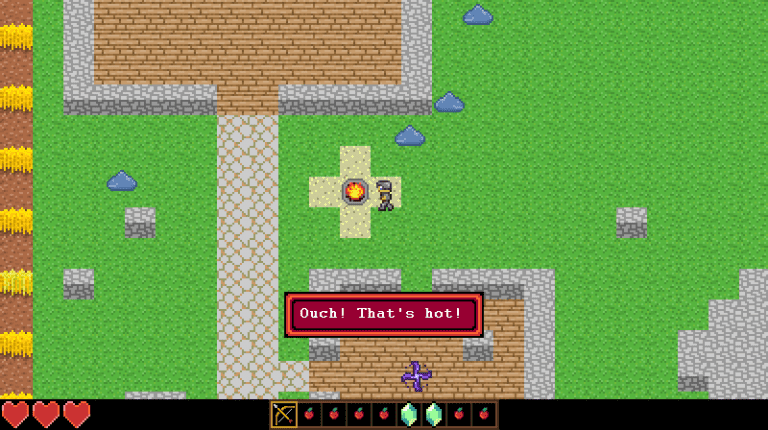 Hey Dream Makers! This update includes a new heads-up display (HUD) for health and inventory! Now you can see what 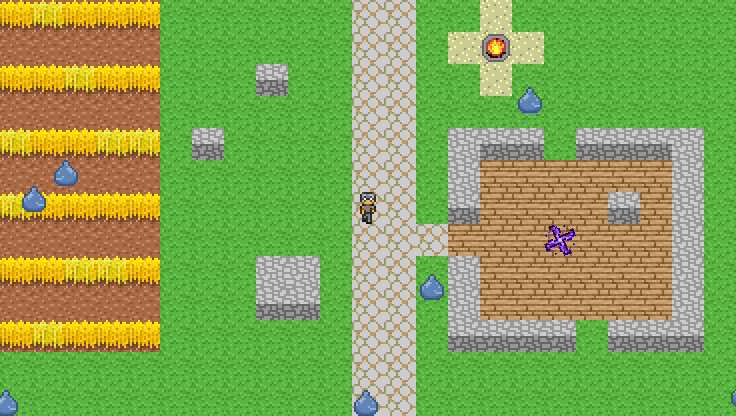 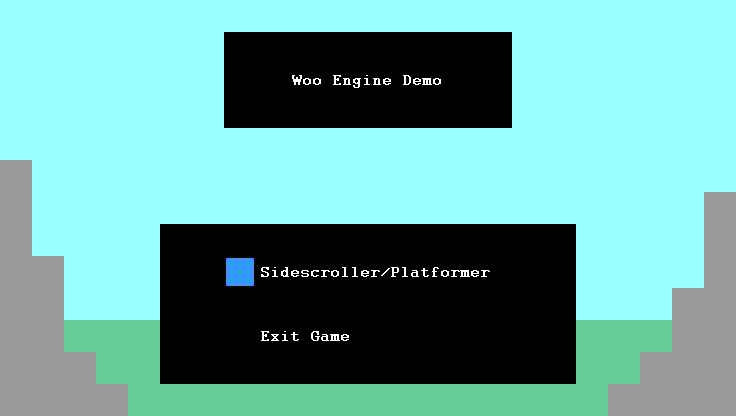 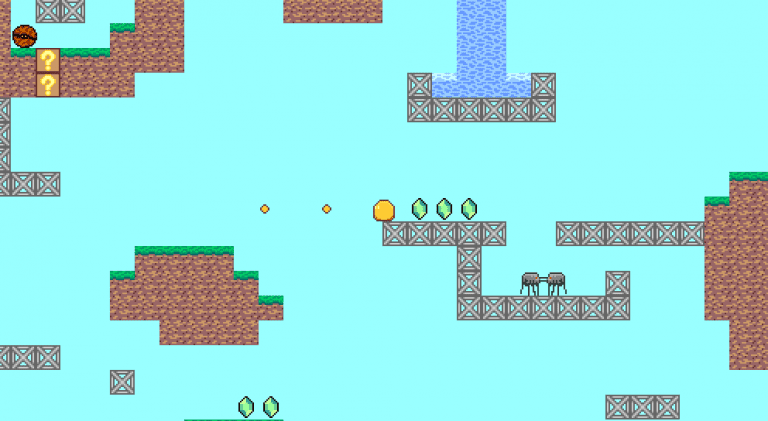 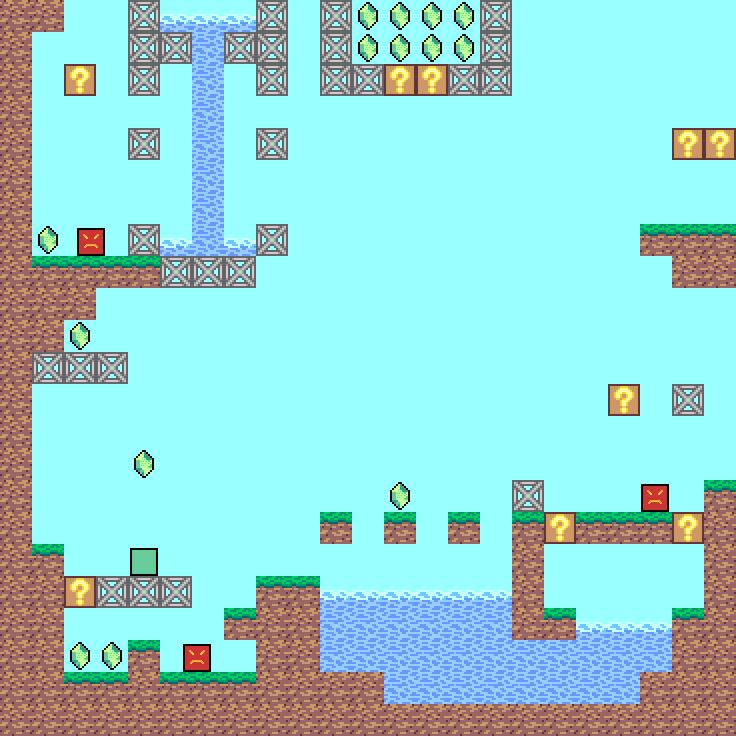