This is a plugin I’ve had for awhile, that I have been using in my project to help with cutscenes and other camera work! This plugin allows you to make your game’s camera follow an event (following the event wherever it goes), the map itself (only moving when you use Scroll Map commands), or the player (which is the default camera behavior).

Be sure to rename the file as TYR_CameraControl.js and place it in your project’s js folder.

I hope you enjoy! 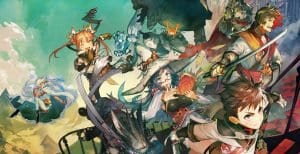