This Switchable Text plugin by McKathlin allows you to change text dynamically depending on switches, self switches, and variables!

Modify text depending on the player’s decisions!

Depending on values of switches, self switches, and variables, you can dynamically change the text that is shown in any of the following:

Dynamically change the choices that appear in the Show Choices window!

Depending on values of switches, self switches, and variables, you can change which choices are visible in the Show Choices window! You can make a choice be present or absent! Using this, you can make new choices appear based on the player’s decisions, or you can make a previously available choice disappear!

Dynamically modifying which choices are shown is one of the most powerful features of this plugin!

Text that Feels Tailored to the Player

Once you use the Switchable Text plugin for your project, you will wonder how you ever lived without it!

Example: Using Switchable Text, we make an event that has text the first time a loop occurs, then different text when repeating the loop! Also, if the player has learned the event’s name, the event name window text changes, and a new option appears in the Show Choices command!

Enjoy the Switchable Text plugin by McKathlin! Remember, only you can build your dreams! 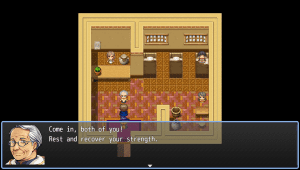 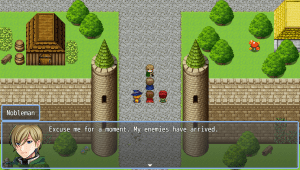