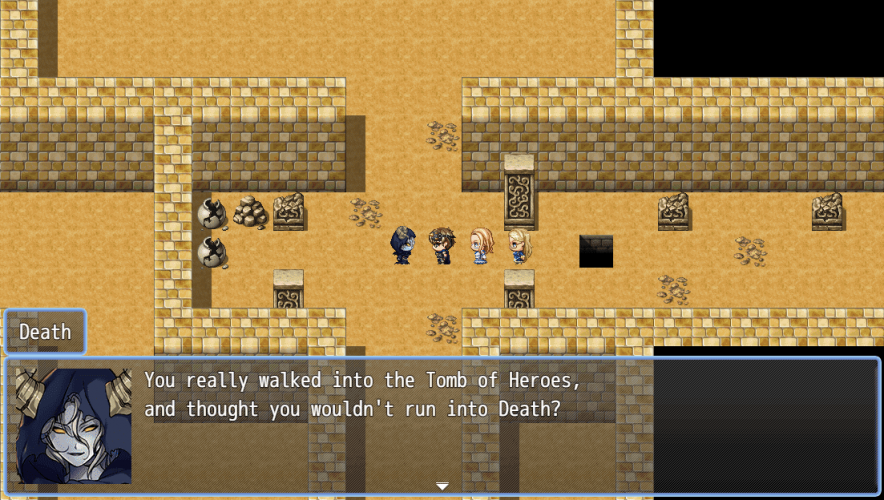 I’m pleased to present the Game Over plugin by McKathlin, for RPG Maker MZ! This plugin allows you to change what happens when game over occurs!

The following features are included:

Why Use the Game Over Plugin?

In many games, party death or other game over does not result in showing the title screen. If you want your game to make something else happen with game over, then this plugin is for you!

Example ways to use this plugin:

How to Use the Game Over Plugin

The plugin has a few plugin parameters that control how the plugin affects game over. These include:

Use this parameter to set which event occurs when the party dies. Of note, this occurs before the Game Over scene.

Also keep in mind that the Party Death Common Event only occurs if the all party members die, but does not occur if the game over event command runs.

After Game Over Common Event

If you have an After Game Over Common Event, make sure you do the following:

If you use the After Game Over Common Event, remember to use the Fadein Screen event command during your common event!

All right, are ready to upgrade your game’s Game Over experience? Download the plugin here!

The Game Over plugin help document is included below!

Assigning a Party Death Common Event replaces the usual Game Over scene call with a common event call. This lets you (the game designer) make something happen instead of (or before) the standard Game Over screen.

Here are some pointers:

If Show Game Over Scene is set to false, player will see a fade to black before going to the next scene. This will be the case regardless of whether Game Over state is reached by party death or by a direct command in an event.

Whether or not the Game Over screen shows, which scene is next depends on whether the After Game Over Common Event is set, and what it is set to.

TL;DR: If you set this common event, remember to make it include a fade-in!

Assigning a After Game Over common event makes gameplay continue after the party loses, instead of RPG Maker’s default behavior of returning the party to the title screen.

In the content of the common event, the game designer can customize what happens when the party dies or reaches an event-dictated Game Over state. The After Game Over common event might do some of the following things:

IMPORTANT: When control flows to the After Game Over common event, the screen will start blacked out. This gives the event time to handle transfers and other processing before showing the player the screen. Once those things are ready, remember to fade in!

Use the Reload Last Save plugin command to make the game reload directly from its most recent save, without passing through a load game menu. If the player has not yet saved, then the player is instead returned to the Title Screen.

This plugin command may be useful in a Party Death Common Event, in an After Game Over Common Event, or in any event of the developer’s choice.

Big thanks to McKathlin for this Game Over plugin for RPG Maker MZ! 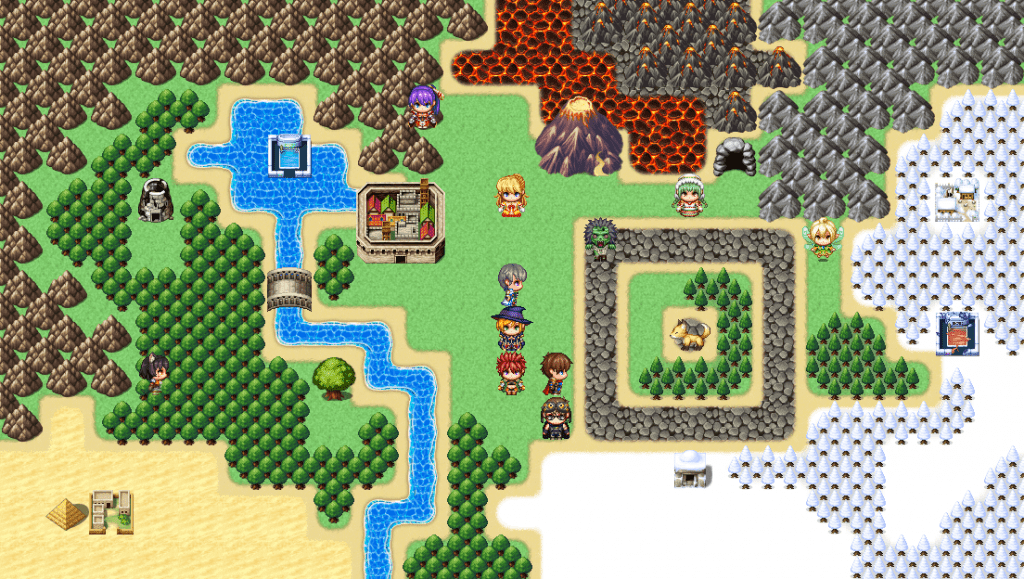 Hey RPG Makers! With this Screenshot Snapper plugin, you can save your screenshots to a folder of your choice within

Hey RPG Makers! With this Screenshot Snapper plugin, you can save your screenshots to a folder of your choice within